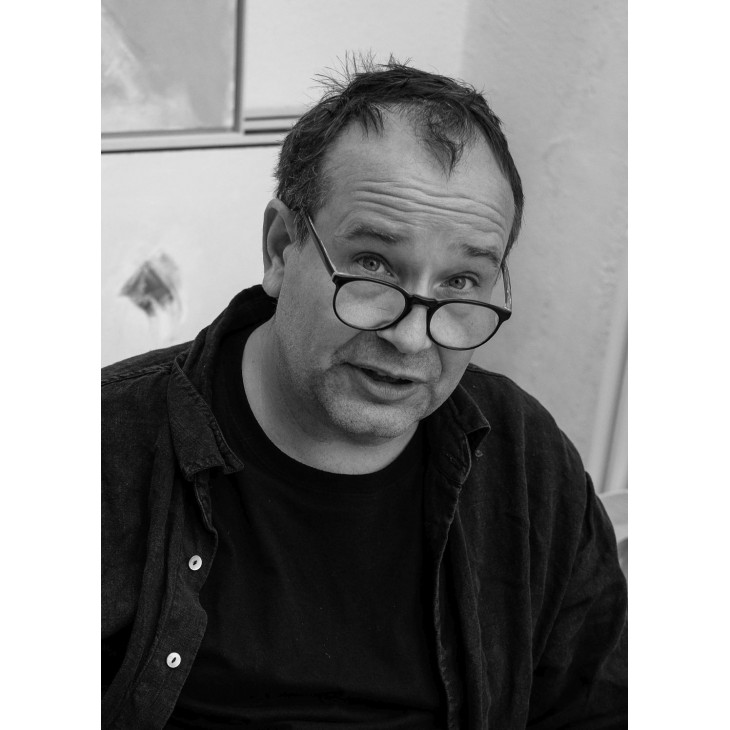 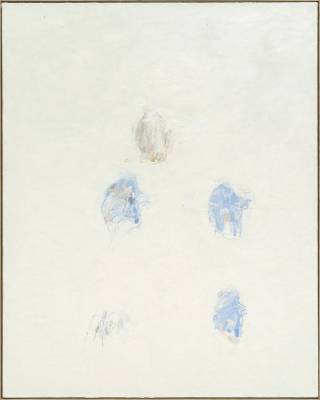 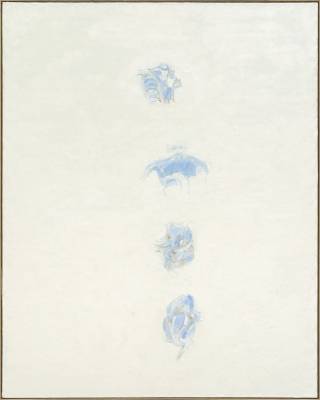 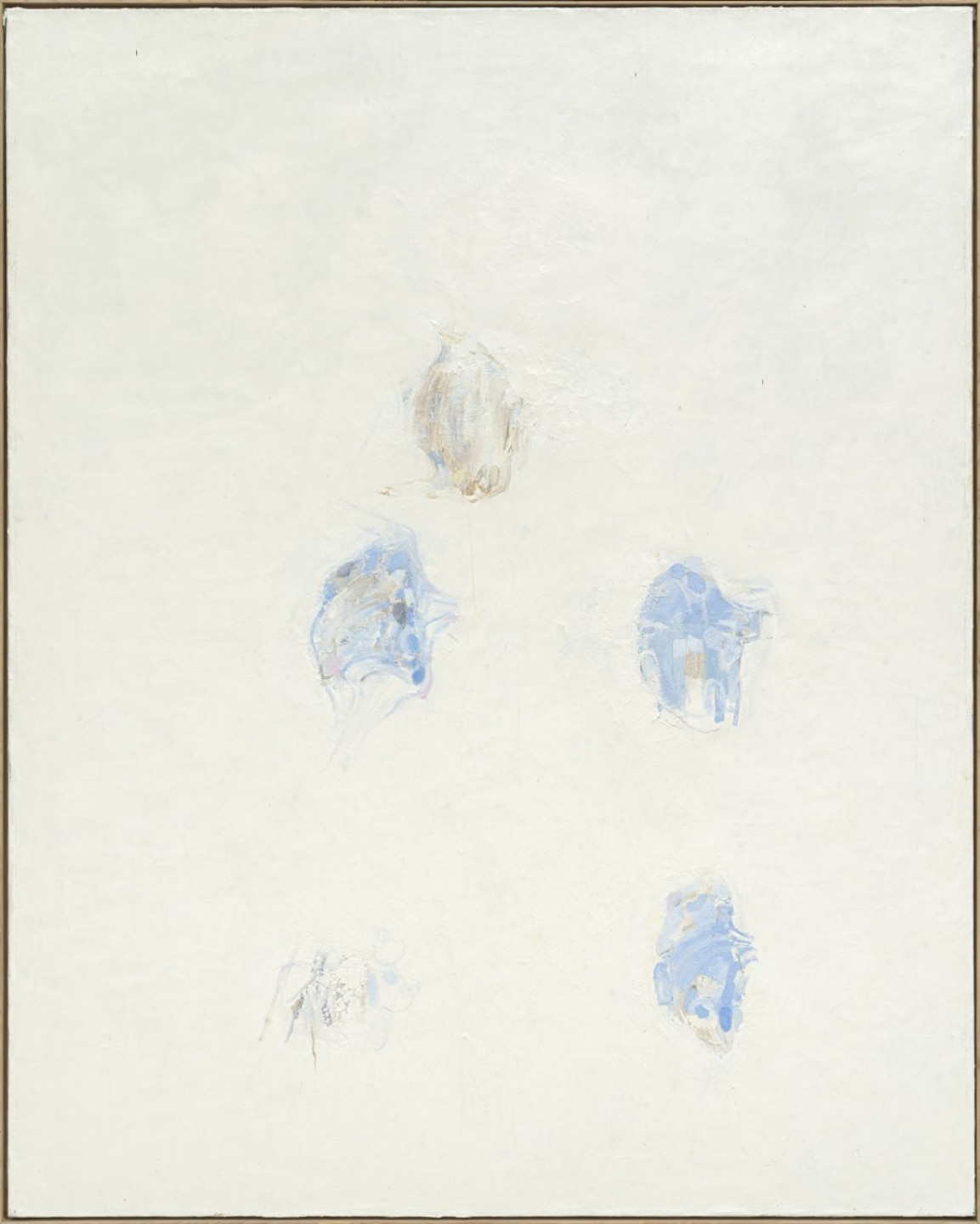 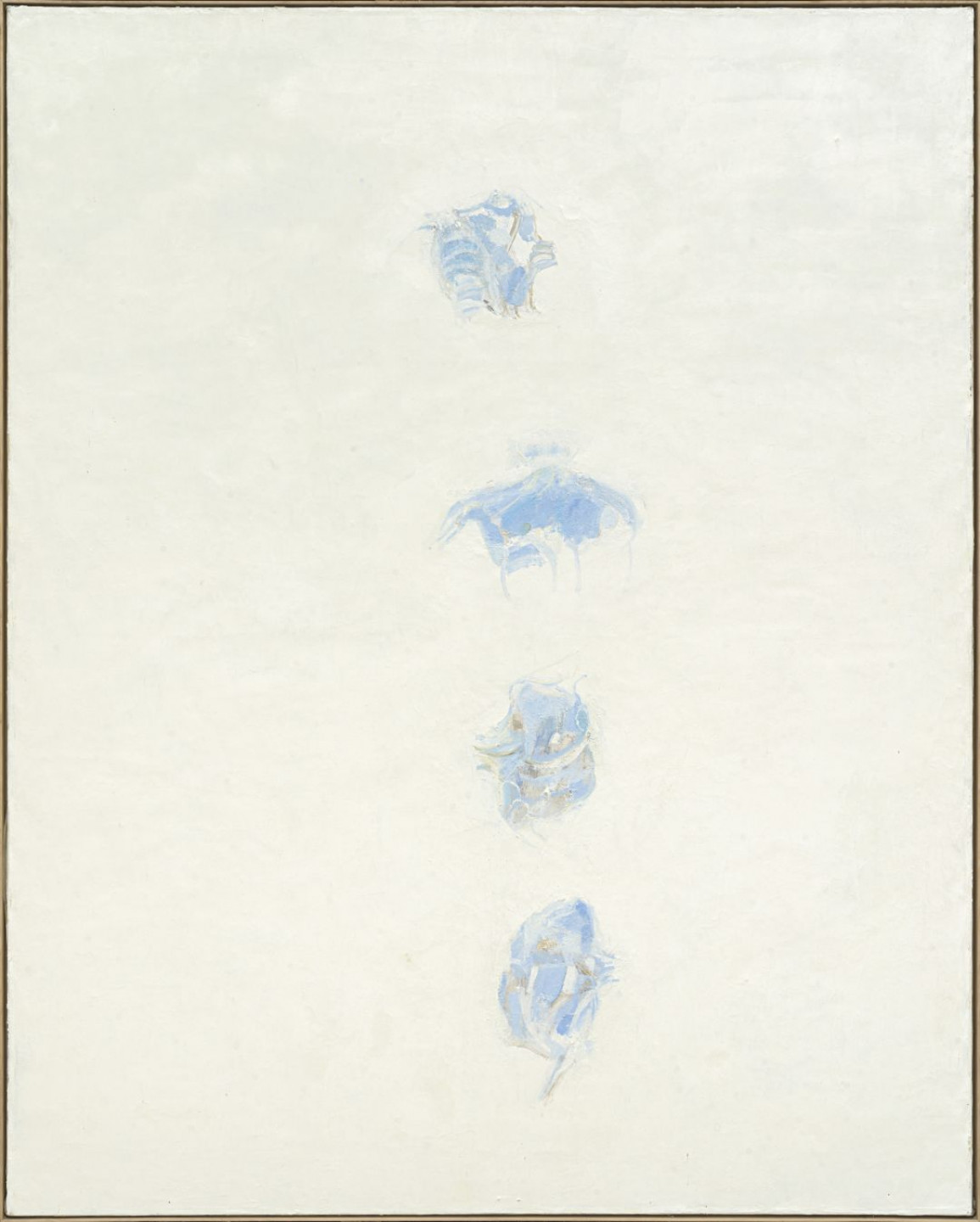 In his paintings and drawings, Mark Lammert works with the human figure as a form of sculptural non finito that is transferred into the realm of painting. Emerging from the paintings’ monochrome grounds, figures appear that are both dissolving and becoming, manifesting themselves as mobile, provisional and sketchy forms. The starting points for his paintings are fragmentary drawings that Lammert uses to explore carefully selected details, such as the curve of a back, the bend of an elbow or even Dimiter Gotscheff’s characteristic swirls of hair and Heiner Müller’s chin. The artist develops his painting from an intensive, multifaceted and months-long process of working with brush, fingers and painter’s spatula. Lammert processes the two-dimensional areas of colour as a three-dimensional mass that he models, furrows, scratches, sets in motion and allows to correspond to body details that he has explored through drawings and transferred to painting. In the two untitled oil paintings, we find figures constructed out of modulations of blue and ochre that seem to appear diffusely through an opaque, nearly white, vibratingground. Formal states emerge that trigger more doubt than certainty about what is recognisably figurative, and that call for reflective contemplation. Lammert’s painting celebrates the process of finding form by making visible its origin in the jerky saccades of optical perception. They demand an exploration of the undefined, out of which the figurations begin to articulate themselves as wraith-like forms.

Additional information about the artist

Please select your preference. You can change it at any time.

To get the best possible service, this cookie should not be disabled.

A statistics cookie anonymously collects and reports information about which content is more or less interesting. This allows us to tailor them better to your preferences.